skip to main | skip to sidebar

By Umair Irfan and ClimateWire

Along with the sun's light, our closest star's heat is an ample source of renewable energy, which generators can harness in ways that overcome one of solar energy's biggest shortcomings.
Using mirrors, developers can focus the sun's rays to produce industrial heat or generate electricity, often using materials that can store the energy, as well. In theory, it is a very simple idea and certainly is not a new one. Legend has it that Archimedes used large, polished mirrors to torch Roman ships during the Second Punic War. 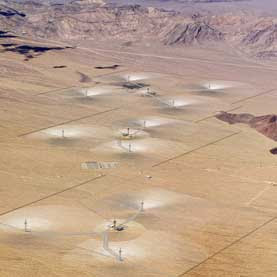 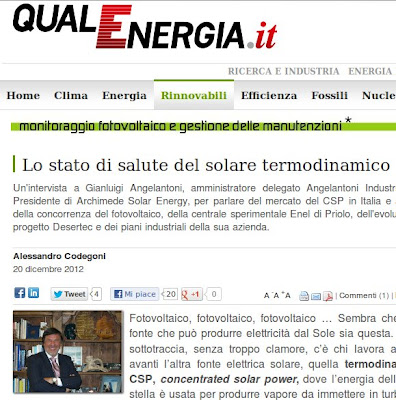